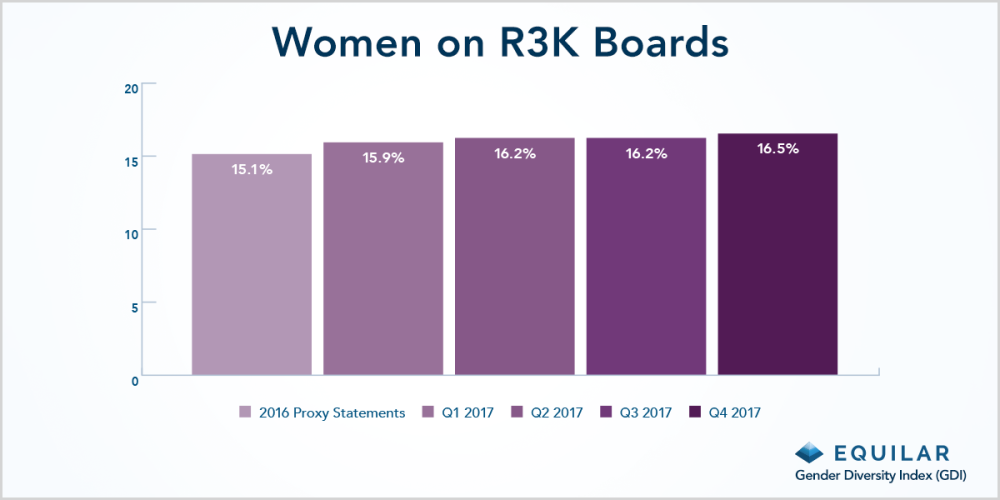 Due to accelerating growth in the percentage of women on boards at Russell 3000 companies, gender parity is now expected to be achieved by 2048, according to the latest Equilar Gender Diversity Index (GDI).

That’s not quite as bleak as it looks, as the rate of increase indicates it may happen sooner.

Indeed, given the new guidelines from proxy advisory firms Glass Lewis and ISS, not to mention the hard line taken by institutional investors such as BlackRock, State Street and Vanguard, both the prevalence of women on boards and the number of boards without women should continue trending in their current directions. The largest shareholders are placing an increased emphasis on diversity and other social issues, in many cases voting against board leaders who are responsible for oversight of these issues. These actions will continue to drive companies to assess their board composition as well as general director recruiting policies.

Source: Equilar | Russell 3000 Boards Are on Pace to Reach Gender Parity by 2048